The seeds of the South Anchorage congregation had its beginnings back in the late 1950s when there was only one congregation of the brotherhood in Anchorage. At that time the congregation was meeting in a log cabin on 9th Avenue, which was then near the south edge of town. Later, a building was constructed at the corner of 10th Avenue and B Street for the congregation to meet in.

In 1957 it was announced that a new congregation in Anchorage should be started and five families were requested to start it. These families first rented the Sears Catalog store in Mountain View. In 1958 and 1959 they were meeting in a quonset hut in the Nunaka Valley area. This congregation was commonly known as the Mountain View church of Christ. In the early 1960s this congregation constructed a building at the corner of DeBarr Road and Bragaw Street.

As the 10th and B Street congregation continued to grow, it was decided to start a new congregation on the south side of Anchorage. Several families volunteered and began by meeting at Lloyd Hollingsworth's home in the Jewel Lake area until the group grew too large to meet in a house. They then rented the Moose Lodge on Arctic Boulevard at Tudor Road until a building could be built to meet in. It was during this time that the congregation was known as the Arctic Boulevard church of Christ. Jack Church was the preacher for the congregation at that time.

During the mid-60s construction was started on a church building at 7800 Stanley Drive, now the present location of the South Anchorage congregation, while the congregation continued meeting at the Moose Lodge.

It was during the early 1970s that the original congregation, from the 10th and B Street location, and the Mountain View congregation merged together and began preparation for construction of a new large building across the road from what is now the Alaska Regional Hospital on DeBarr Road.

After the fire Jack Church and his family were able to move into a house he was just finishing construction of. Construction on the church building was still on-going and the congregation continued to meet at the Moose Lodge until the basement of the church building was complete in 1971. The congregation then met in the basement until construction of the upper portion of the building was completed. The congregation changed its name to South Anchorage when they occupied the new building. In the early 1980s the congregation purchased Jack Church's home and it became the residence for preachers that followed Jack in the pulpit. Also in the early 80s an addition was built onto the original building to provide a larger worship area and office space. This is the current configuration of the building.

Some of the family names that first met at the Arctic Boulevard church of Christ (as it was known then) were Church, Hollingsworth, Smith, Woods, Foster, Williams, Covington, Greer, Carew and Patch. 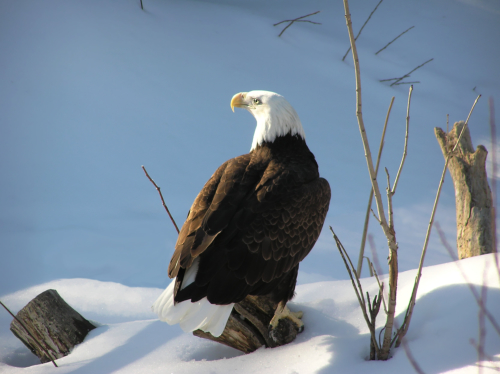 Our pulpit preachers through the years have been:

Men serving as elders through the years have included:

Thank you to Sharon Mathis, Lloyd Hollingsworth's daughter, for providing this historical information about our congregation. If anyone reading this has other details or information about the congregation, please feel free to contact the church office so that we might add to or correct anything above that may not be correct or clear.